The 3 miles long, 7,745 feet elevation, 230-acre, and 200 feet max depth Lake Alice is the largest natural lake found in the western portion of the Bridger-Teton National Forest in the state of Wyoming. It is a unique lake that was created thousands of years ago when a massive landslide peeled from the 9,325-foot Lake Mountain and dammed Poker Creek with debris. The lake’s outlet flows below the surface through the natural dam and emerges from the mountain as a creek 1 mile downstream. The mountainside scar from the landslide is still visible today.
Legend has it that the lake was named after a girl who drowned in the lake in the early 1900s.
Lake Alice is the home of the only known pure lake strain of naturally reproducing Bonneville cutthroat trout caused by the isolation of the landslide preventing outside genetic influence. At one time the subspecies was thought to be extinct in Wyoming.

The Smiths Fork rises off the southern tail of the 10,000-foot high Salt River Range. On its way down from the Tri-Basin Divide, the Smiths Fork pulls in water from tributaries such as Hobble Creek, becoming a modestly-sized, moderately fast river that’s easy to wade but not float. Heavily timbered in its mountainous, national forest upper reaches, the Smiths Fork gradually cuts a path through rolling, sage and aspen-covered hills, forming a broad ranching valley by the time it enters the Bear River, near Cokeville, Wyo.

It is difficult to fathom the quirky Smiths Fork fishery without pondering the Bear River, a 500-mile long, convoluted oddity. The Bear is the longest river in the Western Hemisphere that never touches an ocean, Wyoming’s only watershed that is part of the Great Basin. This fugitive river nervously jumps state lines five times: It rises in Utah’s High Uintas Wilderness, sneaks north into Wyoming, escapes back to Utah, briefly reenters Wyoming again to capture the Smiths Fork, then veers west into Idaho. Finally, it changes its mind once more and loops south back to Utah, ending in the Great Salt Lake 70 miles from where it originally started its confusing journey.

The drainage was once immersed by glacial Lake Bonneville, which swelled to nearly the size of Lake Michigan, inundating the current site of Salt Lake City in more than 1,000 feet of water. Lake Bonneville was the ancestral home of the Bonneville cutthroat (Oncorhynchus clarki Utah). The lake nearly vanished 8,000 years ago following the last Ice Age, leaving the Great Salt Lake and nearby Utah Lake as remnants. Long after Lake Bonneville’s demise, its cutts continued to survive mainly in headwater reaches of their namesake basin and a few lakes, scattered through portions of southwest Wyoming, southeast Idaho, western Utah, and northeastern Nevada.

More than a century ago, settlers south of Salt Lake City commercially netted enormous Bonneville cutthroats up to 40 pounds in Utah Lake. At the time, the fish was a vital food source for both Native Americans and Mormon pioneers. By the 1930s, however, the cutthroats had vanished from the lake, and genetically pure Bonnevilles were thought to be extinct throughout their range by the 1950s.

In 1974, a federal biologist in Utah’s Deep Creek Mountains discovered a pure population of Bonnevilles: The trout had endured since the last Ice Age, but just barely survived the 20th century. Bonnevilles have been petitioned for federal ESA listing, but to date these efforts have been denied, in part because the states where they reside have been actively working on conserving and restoring them. Fortunately, Bonnevilles persisted under the radar in secluded southwest Wyoming, and the Smiths Fork is one of the best places to catch them.

According to Behnke, fluvial Bonnevilles residing in the Bear River drainage have “a long evolutionary history of existence in semi-arid watersheds subjected to great environmental extremes of floods, droughts, and high sediment loads.” Trout Unlimited’s Warren Colyer has conducted research on Bonnevilles and verifies their tenacity: He found instances where the fish survived daytime water temperatures in the low 80s, often lethal conditions for other trout. While the upper Smith Fork drainage is largely pristine, the Bear River can run warm and muddy, where surprisingly large Bonnevilles coexist in an unlikely fashion with carp, fattening up on bait fish.

Recent studies underscore the importance of the Bear River for cutthroats utilizing the Smiths Fork, and vice versa. Colyer says many of the largest cutts spend the winter in the Bear River before leaving for their spring spawning run. As a graduate student, he employed radio telemetry to track the salmon-like Bonnevilles traveling more than 50 miles into the upper Smiths Fork drainage, near the Tri-Basin Divide.

In part because of its highly interconnected fishery, a proposal for a new dam on the Smiths Fork has raised concerns. Colyer believes a dam would be seriously detrimental to the Bonnevilles: Aside from interfering with migrations, a dam could alter the hydrology of the system, making the stretch below a new reservoir colder, less turbid, and more conducive to rainbows, which haven’t yet gained a solid foothold in the watershed. Ultimately, says Colyer, “the Smiths Fork is really the lynch pin for the central Bear River system.”

A singular feature of the Smiths Fork Watershed is Lake Alice, which feeds Hobble Creek in the upper drainage. Three miles long, 200-feet deep, the lake is tucked at 7,800 feet and accessible only by trail. Lake Alice is a significant and unusual fishery, holding a native population of lake dwelling Bonnevilles. Aside from the strain of Bonnevilles remaining in Bear Lake on the Utah-Idaho border, all other indigenous, lacustrine populations of this fish are extinct.

Lake Alice formed millennia ago when a massive landslide tore down Lake Mountain and dammed Poker Creek, which now gushes out in a giant spring below the mile-long barrier. The abundant cutthroats residing above the slide have access to various spawning tributaries that nourish the lake, sustaining their population. 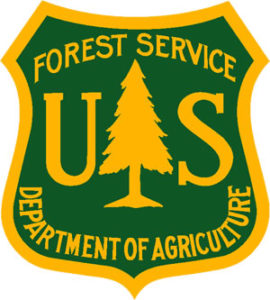